Advocate Bahame Tom Nyanduga, is a Tanzanian national who practices law in Tanzania, based in Dar es Salaam. His legal practice consists in litigation and commercial arbitration and he serves as a consultant in mining and energy law, as well as human rights and international law. He has a wealth of experience spanning over 40 years of public service, private legal practice, and promotion and protection of human rights in Tanzania, Africa, and at the United Nations.

Advocate Nyanduga has a background in government, having served a 9 months Internship programme at the Ministry of Justice in 1977 and as diplomat, working for the Ministry of Foreign Affairs and International Cooperation of the United Republic of Tanzania which he joined in the Legal Department in January 1978 after graduating from the University of Dares Salaam with an LL.B (Honours) degree. He thereafter served as the Legal and Economic Advisor to the Tanzania High Commission to the United Kingdom between 1984 and 1989.

Before branching out into private practice, he was the Advisor to the Ministry of Foreign Affairs on International on the International Diplomatic Law and Practice.

Between 1998 and 2000, he served on the Secretariat of the Burundi Peace Talks in Arusha Tanzania, under Late Mwalimu Julius K. Nyerere and Late President Nelson R. Mandela. He was a member of the Team that drafted the Burundi Peace Agreement 2000. From 2003 to 2021 he served as Chairperson of the Tanzanian Commission for Human Rights and Good Governance (2015 to 2018); Member of the African Commission on Human and Peoples Rights (2009 to 2009) with concurrent responsibilities as the African Union Special Rapporteur for Refugees, Asylum Seekers, Migrants and IDPs; Defence Attorney (2011 to 2012) in the Special Deposition Procedures under the ICTR Rules of Procedure at the International Criminal Tribunal for Rwanda and at the African Court on Human and Peoples’ Rights in the cases of Femi Felana vs African Union and The African Commission on Human and Peoples’ Rights Vs Republic of Kenya; Independent Human Rights Expert on the Human Rights Situation in Somalia of the United Nations Human Rights Council in Geneva (May 2014 to May 2020); and Member of the African Union Independent Assessment Team on AMISOM (March to May 2021).

Advocate Nyanduga has been a part time lecturer on human rights in Africa, at the Centre for Human Rights, University of Pretoria, South Africa; University of Leuven, Belgium, and the University of Bayreuth, Federal Republic of Germany. He holds an LLM from the LSE, University of London, (1987), a Postgraduate Diploma in International Law, at the Institute of Social Studies, The Hague;(1981), a Post Graduate Diploma in Diplomatic Law and Practice, The Centre for Foreign Relations at Dar es Salaam, 1980. He is UNITAR Fellow of The Hague Academy of International Law (1993). He has published articles on Refugee Law and Human Rights in Africa.

He currently Chairs the African Union Watch, a Non-Governmental Organisation based in Banjul, Gambia, which advocates for Pan Africanism, democratisation and governance in Africa, an effective African Union, and the rational exploitation of African resources for Africa’s development. 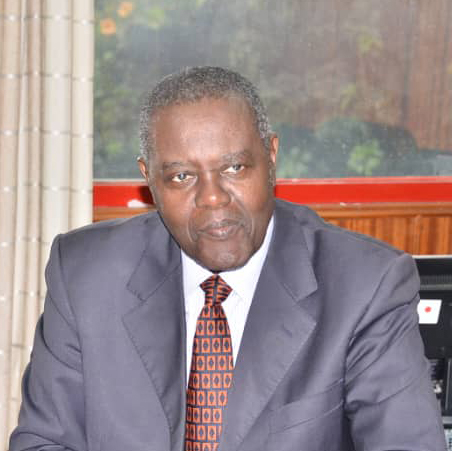