Nicolas Michel, a national of Switzerland, is President of the Iran-United States Claims Tribunal, since 1 January 2018. At the time of his appointment, he was an international mediator and arbitrator. He was also acting as Senior Adviser to the Special Envoy of the United Nations Secretary-General for Syria, and Chairman of the Board of the Geneva Academy of International Humanitarian Law and Human Rights.

Nicolas Michel studied law at the University of Fribourg (Switzerland), where he obtained his “licence en droit” (1973) and doctorate (1979), as well as his “Privat Docent” (1989). He also studied international relations at Georgetown University, Washington, D.C., where he obtained his Master of Arts (International Relations) (1979). After a practical training in a law firm, he became a licensed attorney-at-law in the Canton State of Fribourg (1979). As an academic, Nicolas Michel worked as Professor of International Law and European Law, as well as of Administrative Law in the first five years of teaching, at the Law Faculty of the University of Fribourg (1987-2004, on partial leave between 1998 and 2003). He later was called to teach International Law at the Law Faculty of the University of Geneva, and at the Geneva Graduate Institute of International and Development studies (2008-2015). As a practitioner, Nicolas Michel worked as: Secretary-General of the Ministry of Education and Culture of the Canton State of Fribourg (1980-1985); Director of the International Law Directorate of the Swiss Federal Department (Ministry) of Foreign Affairs (1988-2003); Under-Secretary-General for Legal Affairs, The Legal Counsel of the United Nations (2004-2008); and Special Adviser to the Secretary-General of the United Nations, Mediator in the maritime and border dispute between Equatorial Guinea and Gabon (2008-2014). In 2003 and 2004, he was Chairman of CAHDI, a Committee of the Council of Europe gathering the Legal Advisers to the Foreign Ministries of all the Member States.

Nicolas Michel has been Member (Judge) of the Swiss Federal Appeal’s Commission on public procurement (1996-1998) (at that time, the federal jurisdiction of last instance in this matter); and Member of the PCA arbitral tribunal “in the matter of an arbitration (…) between the Government of the Republic of Croatia and the Government of the Republic of Slovenia” (2015-2017).

Nicolas Michel has published a number of books, as author and editor, and articles on a variety of topics in International Law, European Law as well as Procurement Law and Administrative Law. He has been invited to teach at several universities, such as Paris II, Strasbourg, Beijing Ren Min University of China, and Xiamen Academy of International Law.

Nicolas Michel has received the “Pro Merito” medal of the Council of Europe (2004), the Annual Award of the New York State Bar Association International Law and Practice Section (2006), and an Honorary Doctorate from Robert-Schuman University (now Strasbourg University) (2007). 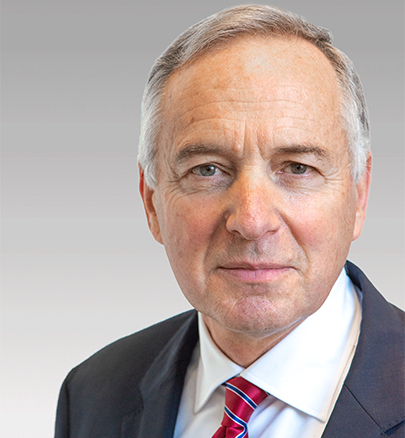